A Chip Off the Old Block?

I am not proud of this gritty chip of stone.  Nor am I ashamed of it.  It was, oddly enough, part of an inheritance from my father.  Tucked away in a dresser drawer it had been one of his possessions – a souvenir – that he took from a gravestone in Missouri when I was young.

A small symbolic sliver of stone from the headstone of outlaw Jesse James.

It is a fragment cracked and split from the headstone of the outlaw, Jesse James. Taking a chip of that stone was the norm at that time in history…  Hell, everybody did it.  Few complained.  And, this small chunk, a fragment of the lower section, was from the second headstone to mark the site.  The rest of the monument had been flaked away by hundreds or even thousands of earlier visitors who had grabbed a rock and splintered off their own piece of notoriety.

The first stone was and is preserved in a museum display after years of chipping history-seekers.  We as Americas… as tourists… have changed.  We understand the need to preserve history – take a picture, leave the artifact… the old National Park slogan, “Take nothing but pictures.  Leave nothing but footprints.”  But, to look back at those who came before us and judging their actions must be weighed with the social and cultural norms of the day.  Our generation and their generation differ in thought, in ideology, and in actions.

Beyond obvious abhorrent and evil actions in history, we cannot effectively judge previous generations.  Bias of the present obscures seeing the reasoning of the past, the old Monday morning quarterback syndrome.  We can say they were wrong and we should strive to do better.  But to judge in hind-sight is akin to being a referee in a sports event in which we have never played.

Getting into the heads of past or future generations is a difficult if not impossible undertaking.  People don’t think the same between cultures, they really don’t think the same in differing centuries.  Two hundred years from now we will be judged on things we now find sacred.  What will they think of us?  What are we doing wrong in their future eyes?

Understanding the mindset of serfs of medieval Europe and their acceptance of social station is a concept that is foreign to most Americans and people of free societies.  People tend to conform to the norms of the day.  They adapt.  They survive.  They tend to settle for what they think is expected of them and get on with living.  That mindset is still prevalent in many cultures.  Singer Ricky Skaggs sang it in his song about don’t-get-above-your-raisin mentality.

So, this simple sliver or limestone is more than a snatched souvenir.  It’s an artifact, a symbol of changing cultures, differing ways of thinking and views on life from generation to generation.

Anybody want to buy a rock?  It has a great story… and, the statute of limitations has run out. 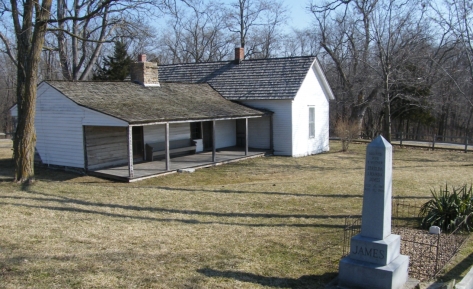